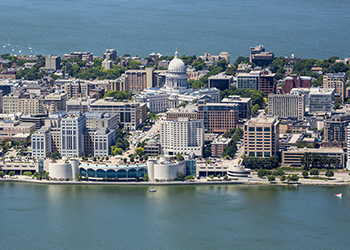 Located on an isthmus and lands surrounding four lakes—Lake Mendota, Lake Monona, Lake Kegonsa and Lake Waubesa—the city is home to the University of Wisconsin–Madison, the Wisconsin State Capitol, Henry Vilas Zoo, lakes, and an extensive network of parks and bike trails. It is also home to eight National Historic Landmarks, including one UNESCO World Heritage Site.  The presence of the University of Wisconsin–Madison (the largest employer in the state) as well as other educational institutions has a significant impact on the economy, culture, and demographics of Madison

Delightful garden style condo has two bedrooms and one full bathroom with many updates. All new flooring throughout the condo. Luxury vinyl and carpeting with 1/2" padd...

Tucked away from all the hustle and bustle, this unit is set in a beautiful area of the property just steps away from the pool house with fitness center and sauna. Spacio...

Move-in ready, remodeled Bungalow. This cozy home has a northwoods feel front to back. Features include a new kitchen with new appliances, new bathroom, refinished hardwo...

Showings begin at Open House @ noon on May 22. Seller invested into what costs the most for home owners nowadays--one word ENERGY! All new replacement windows -2017--war...

Beautiful raised ranch in the highly desirable University Hill Farm neighborhood with a wire fenced-in back yard. Great for the kids, your dog and gardening. Many upgra... 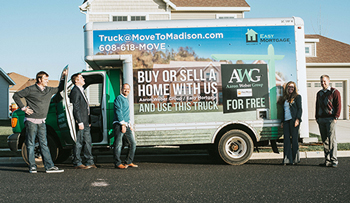 Looking for the perfect home in the perfect place? Chances are you'll want to check here first.

Reviews on Zillow
3001113
"Aaron and Stephanie helped me at every step. I had a lot of requirements and only a little money (as far as housing goes). They found me what I ... more "

5.0/5.0
by PurpleMystic66
2813838
"We met Andrew through a Zillow listing. He was professional and personable as we walked through the first listing together and he listened as we ... more "